Stock repurchases and fundamental analysis: an empirical study of the brazilian market in the period from 1994 to 2006

This study examines whether there is a relation between stock repurchase announcements and abnormal returns of companies classified as winners and losers. The classification as winners or losers followed the method suggested by Piotroski (2000), as adapted to the Brazilian market by Lopes & Galdi (2007). The data were obtained from the Economática database, referring to companies listed on the São Paulo Stock Exchange (Bovespa) in the period from 1994 to 2006. The hypotheses were tested through regression with panel data. The results show no abnormal returns for both winners and losers that announced share repurchases in the entire study period, without specifying whether this was before or after issuance in 1999 of Instruction 299 by the Brazilian Securities Commission (CVM), which enhanced protection of minority shareholders in public tender offers. After segregating the study period into two sub-periods, before and after the new rules, we found a negative relation with abnormal returns for losers that announced repurchases in the earlier period (1994 to 1999), while there was no statistically significant relation for winners. For the 2000-2006 period, however, there was a positive relation with abnormal returns for both winners and losers. 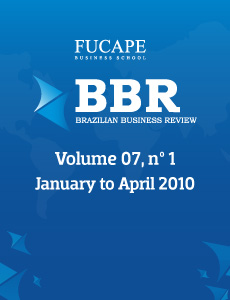 Citation text in the Modal..

View article in other formats